Mapping Mesopotamian Monuments presents a topographical survey of the standing historical monuments and architecture in the region from Iraqi Kurdistan and southeastern Anatolia (Turkey) to southern Iraq. A work in progress, this monument survey covers all historical periods from ancient to modern. It includes ancient Mesopotamian rock reliefs carved into the cliff faces of the mountains, early Christian churches and monasteries, and early Islamic, Ottoman-era and twentieth-century architecture and monuments. This database of images invites you to explore the multiple layers of the rich historical landscape of Mesopotamia. Envisioned and directed by Professor Zainab Bahrani, the basis of the survey is an ongoing field project that assesses the condition of monuments, maps their locations, and records them with digital techniques in order to provide a record and to facilitate future preservation work across this region.

The project began in 2012 and has been supported by a grant from the Columbia University President's Global Innovation Fund with additional support by the Chrest Foundation and the Carnegie Foundation. 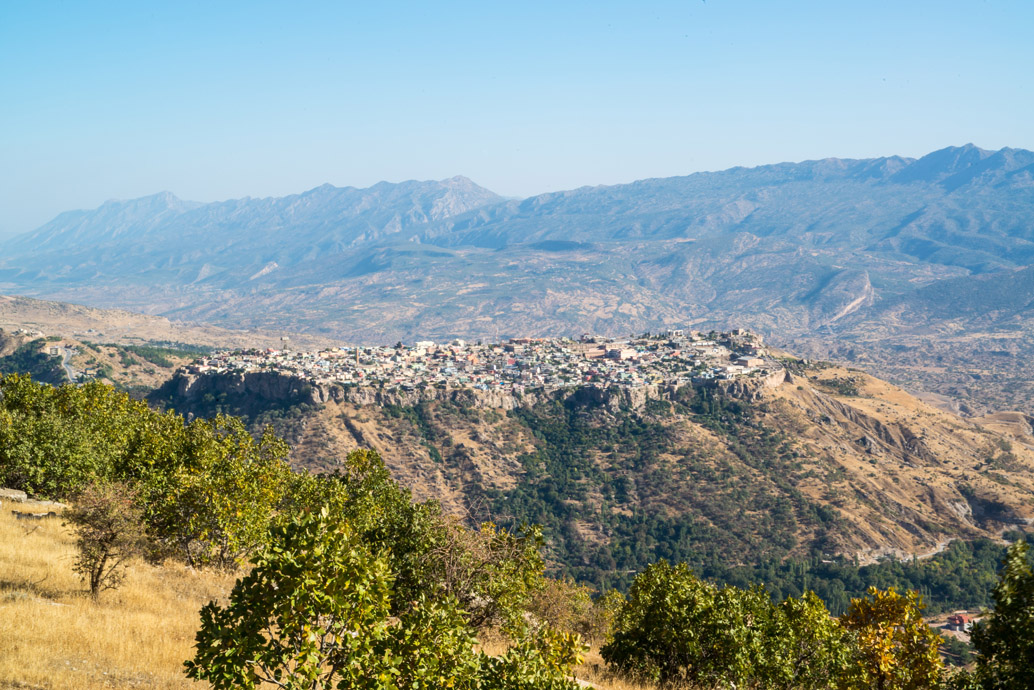 'Amadiya Citadel - View of the Citadel from the South 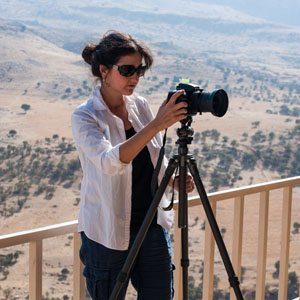 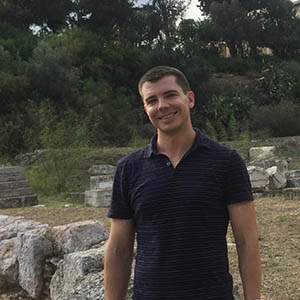 Dr. Matthew Peebles, Researcher
Matthew Peebles holds a B.S. from Cornell University and a Ph.D. from Columbia University, where he studied both ancient Greek and ancient Near Eastern art and archaeology. His research, focusing on the codification and cross-cultural exchange of key gestural motifs in antiquity, has been complemented by several seasons of archaeological fieldwork at the Sanctuary of Poseidon at Onchestos (Boeotia, Greece). He served as content manager for Mapping Mesopotamian Monuments from 2019 to 2021, and he is now the Assistant Editor of Hesperia: The Journal of the American School of Classical Studies at Athens. 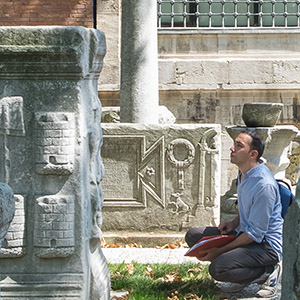 Dr. Erhan Tamur, Archaeologist and Researcher
Erhan Tamur received his Ph.D. from Columbia University and is currently the Andrew W. Mellon Postdoctoral Curatorial Fellow (2022–2024) at the Metropolitan Museum of Art, where he is taking part in the reimagining of the permanent galleries of Ancient Near Eastern art. His dissertation brought the art history of Tello (ancient Girsu) from the 3rd millennium BC into the present and was supported by the Center for Advanced Study in the Visual Arts (CASVA) of the National Gallery of Art. He is also the co-curator of an international loan exhibition on ancient Mesopotamian art at the Morgan Library & Museum in New York, which opens in October 2022. 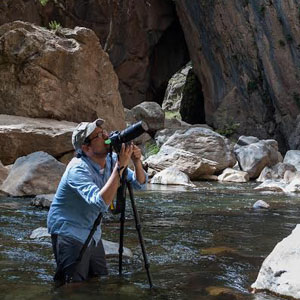 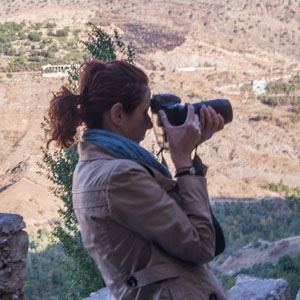 Dr. Helen Malko, Archaeologist and Researcher
Helen Malko is an Associate Director at the American Center of Research in Amman. Prior to moving to Amman, Helen served as content manager for Mapping Mesopotamian Monuments. From 2014 to 2017, Dr. Malko was a postdoctoral scholar in the Department of Art History and Archaeology and the Italian Academy for Advanced Studies at Columbia University. She was awarded the Andrew W. Mellon Fellowship to conduct research in the Department of Ancient Near Eastern Art, Metropolitan Museum, from 2012 to 2014. Helen holds a Ph.D. in archaeology and anthropology from Stony Brook University and a master’s degree in the archaeology of the ancient Near East from Baghdad University. She holds a diploma in historic preservation from Rutgers University. Her research combines archaeology, cultural heritage, and museum practices in the Middle East, particularly in Iraq. She is responsible for the Arabic translation of the MMM website.
https://columbia.academia.edu/HelenMalko 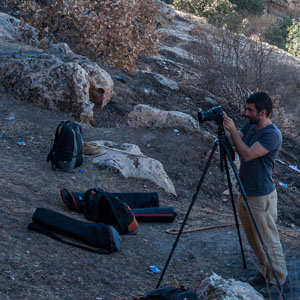 Dr. Serdar Yalcin, Archaeologist
Serdar Yalcin is the Assistant Professor of Ancient and Medieval Art at Macalester College. He received his Ph.D. in Near Eastern art and archaeology from Columbia University in 2014. From 2014 to 2016, Dr. Yalcin was a postdoctoral teaching fellow at Parsons School of Design in New York. In addition to his work for the Mapping Mesopotamian Monuments Project, Dr. Yalcin has been an active member of the Tarsus-Gözlükule Project since 2003, participating in both the excavations and the analysis of the excavated archaeological material.
https://www.macalester.edu/art/facultystaff/serdaryalcin/ 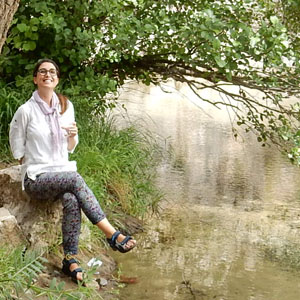 Dr. Turkan Pilavci, Archaeologist
Türkan Pilavcı completed her Ph.D. at Columbia University in 2017, specializing in the art and archaeology of the ancient Near East. Her dissertation investigated the cult practices and ritual paraphernalia of Anatolia during the Hittite period. Türkan received her B.A. in Political Science and History from Boğaziçi University, Istanbul, and completed her M.A. in the Archaeology of the Eastern Mediterranean at K.U. Leuven. Having participated in numerous archaeological projects, since 2007 she has been active in the Tarsus-Gözlükule Excavation and Research Project, Turkey. She is currently teaching at Boğaziçi University, and she is also preparing the Turkish translation of the MMM website. 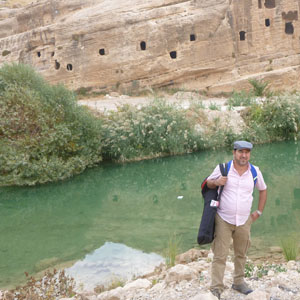 Dr. Haider Almamori, Archaeologist
Haider Oraibi Almamori received his M.A. and Ph.D. Degrees in Archaeology from Kokushikan University in Japan. He has been an archaeologist with the State Board of Antiquities and Heritage in Babylon since 1999 and has served as the Director of the Umm al Agarib excavations in Iraq. He now teaches archaeology at the University of Babylon. 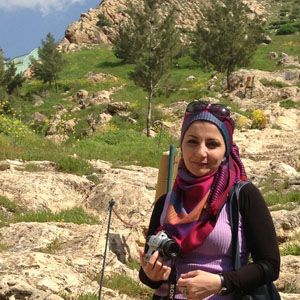 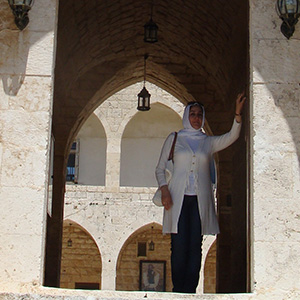 Dr. Raz Saeed Faraj, Architect and Researcher
Raz Saeed Faraj is an assistant professor in the Department of Architecture at the University of Sulaymaniyah, Iraqi Kurdistan Region. She holds a Ph.D. in Architecture and Urban Design from the University of Sulaymaniyah. She has teaching experience of more than fifteen years at various universities. She teaches urban design, urban infill design, history of architecture, and architectural design, for both undergraduate and postgraduate classes. She is responsible for the research colloquium of the University of Sulaymaniyah related to rehabilitation of the urban heritage in the cities of Iraq, in cooperation with programs from the universities of Brandenburg and Baghdad. Her research interests mainly involve urban heritage, ancient cities, vernacular architecture, and the history of architecture. In addition to her role as a researcher for MMM, she translated the website into Kurdish alongside Dr. Sahar B. Al-Qaisi. 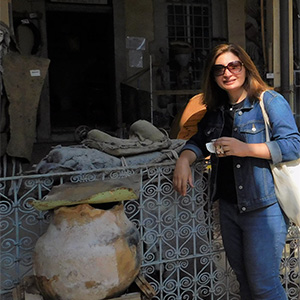 Dr. Sahar B. Al-Qaisi, Architect and Researcher
Sahar B. Al-Qaisi is assistant professor in the Department of Architectural Engineering and the director of the Heritage Conservation Research Program-HCRP at Koya University, Iraq. She teaches conservation & rehabilitation, history of architecture, and architectural design studio. She has led a campaign to document the surviving architectural heritage of Koya old town with her colleagues and students since 2012. Sahar was awarded the Weinberg Fellowship in Architectural History and Preservation for the fall semester of 2018–2019 to conduct research at the Italian Academy at Columbia University. She holds a Ph.D. in Heritage Conservation from the University of Baghdad, Iraq. Her research interests are mainly in heritage conservation, Iraqi vernacular architecture, and the history of architecture. In addition to her role as a researcher for MMM, she translated the website into Kurdish alongside Dr. Raz Saeed Faraj. Sahar partnered with Haron M. H. Younis to edit the Arabic and Kurdish languages of the MMM website. 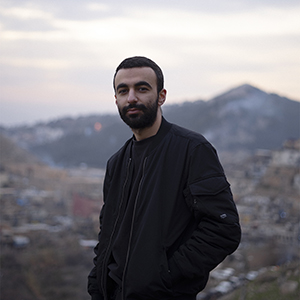 Haron M. H. Younis, Concept Artist and Translator
Haron M. H. Younis is a freelance concept artist and translator. He holds a Diploma of Arts from the Institute of Fine Arts—Duhok (2014) and a B.F.A. in animation from Baskent University—Ankara (2018). Haron has been practicing as a concept artist in the entertainment industry since 2018, and he has worked on a number of local and international films and video games. He has also served as a freelance translator since 2013. Haron is the author of Mythical Beings of Mesopotamia; funded by the Goethe-Institute Iraq, this illustrated book explores fantastical beings from folklores and ancient mythologies of Mesopotamia. Haron has recently collaborated with Prof. Bahrani and the Columbia team working on the Mosul Gate in Amadiya/Amedi, creating concept artworks of some of their future plans for the gate. Haron partnered with Dr. Sahar B. Al-Qaisi to edit the Kurdish and Arabic languages of the MMM website.

The ongoing development of the Mapping Mesopotamian Monuments website is facilitated by the Media Center for Art History, Department of Art History and Archaeology, Columbia University.

To request full-size images and permissions for publication or other reuse, please contact mediacenter@columbia.edu.